The terms offshoring and outsourcing are generally used interchangeably. As business owners, it is helpful to be able to differentiate between the two.

Outsourcing means when a company employs a third party to render services or create a product which the company had been doing itself previously. Outsourcing can also include US based individuals and companies. Outsourcing does not necessarily involve foreign distributors of goods and services.

Offshoring, on the other hand, means a company setting up some of its operations in another country; for example, a US-based automobile company opening its factory in Japan would be offshoring. If a company sets up its call centers in other countries, it would be known as offshoring. 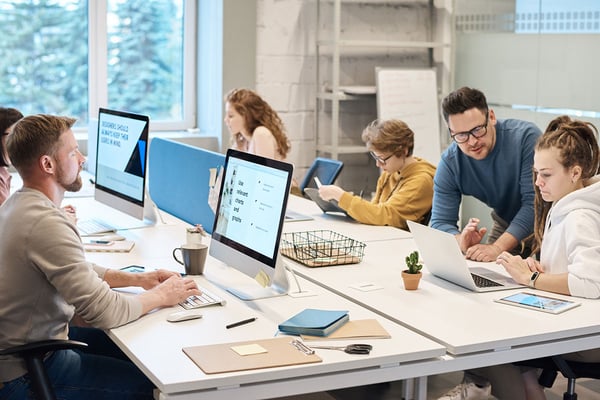 Benefits of Companies Outsourcing to Nearby Countries

Generally, we see companies citing factors such as reputation, price, business culture compatibility, quality commitment, and location when they are in search of vendors to outsource to. Some additional and equally important factors also include continuous management of the business relationship, understanding goals, strong communication, and also well-written contracts. All of these combined together are integral to form an unfailing success of an outsourcing relationship.

The choice between hiring locally or offshoring for companies typically hinges upon the above-mentioned factors. But apart from these, there are certain other aspects which are defining factors as well. These include security and privacy, the labor pool's size and skills, language compatibility, the economic stability and legal culture of the country, and also the ability of their local education system to support their labor pool and train them.

When we talk about outsourcing to nearby countries, we really believe that it comes with a fair share of advantages. People who work and live in close proximity or at least within the same national boundaries, the same state, or even neighboring countries, have more in common where the business culture, language, and background are concerned. Working within the same perimeter makes management and communications a lot easier than otherwise.

Furthermore, working together on a project typically calls for meetings and inspections. Outsourcing to nearby vicinities and countries eliminates the hassle of traveling overseas for inspections and on-site meetings. Therefore, we strongly recommend that as a business owner, if the particular set of expertise you are seeking is available at a nearby location for a good price, it is most logical to avail that option than to look for talent pool overseas.

Benefits of Outsourcing to El Salvador

Out of the most viable options for outsourcing from the US, El Salvador proves to be the most ideal for a number of reasons.

Among the most competitive advantages of outsourcing to El Salvador include:

Among the primary benefits of nearshoring is the opportunity of cutting down on costs and focusing more on the competencies of the individuals under a company's employment. This outsourcing model works especially well but is not limited to companies requiring IT products such as applications or websites but have no familiarity with the IT-sphere.

When you decide to outsource by nearshoring, you must have a strategic plan ready to go about it. Here are a few pointers to help you begin on the right track:

It does not matter which process of your business you outsource; you have to aim for convenience and expect value from outsourcing. From the benefits stated above, it is clear that nearshoring can offer both over offshoring.